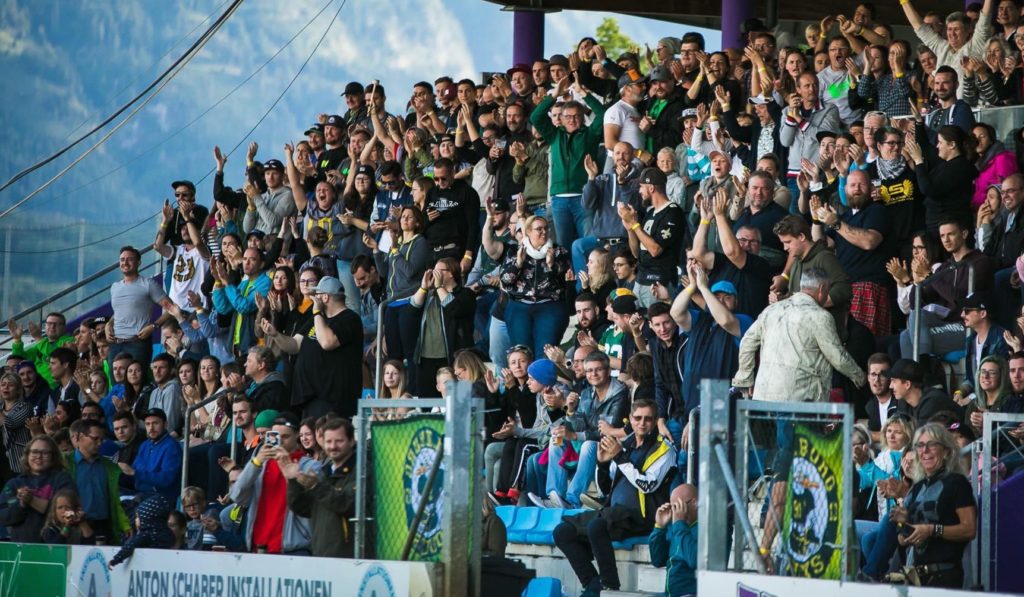 Heading overseas to play ball soon? If so, this is a must-read.

In the weeks leading up to your first or next overseas football stint, there are some easy steps you can take to set yourself up for success no matter what level you will be playing at.

#1 – Fresh off the plane, roll up your sleeves and get to work.

Regardless of what may not go well or how reality compares to what you expected, make sure to leave your mark. In our experience, the best way to do that is by being the club workhorse. Being a professional on the field is your job and is expected, but what we are talking about is the “over and above” stuff.

Realize going in, that the majority of the people behind the scenes in any club overseas you sign with are volunteers. Budgets are tight and therefore a lot of the work falls on the members of the club, including the players. This means field maintenance, game-day preparation, youth coaching, school projects, camps, promotional events, and anything else that is involved in running a successful football organization in countries where football is simply not that popular. It is also very likely, that all of the local players are not paid a dime and in fact even pay an annual membership fee.

“Realize going in, that the majority of the people behind the scenes in any club overseas you sign with are volunteers.“

Long story short, the members of the club which you will be joining have worked a great deal and volunteered many hours for you to have this opportunity and are very proud of their club, so make sure to not take it for granted and offer to help wherever you can. Think of it this way, there are certain contractual obligations and there are certain volunteer expectations, that may not be written in the contract or even verbalized. So take the initiative.

#2 – Come with no expectations and an open mind.

If you have signed an overseas football contract, it is almost with certainty that you will be playing at a level LOWER than the level you most recently played at. How do we know this?? First off, because where you just played and how you performed there is the benchmark of your current skill level that clubs overseas have to go on. Secondly, clubs overseas invest in players who they believe will dominate in their league, and be a good step above all of their local players. In order for them to guarantee that, they strive to import players who had recent success at a level they know is higher than the level of their domestic competition.

“…you will be playing at a level LOWER than the level you most recently played at.”

Also know that if you signed with a club in a market overseas where football is not the first, second, third, fourth, fifth, or even sixth most popular sport, that there will not be a lot of fan support nor big sponsors which in turn may have a negative impact on your pre-conceived expectations. So chances are there will not be many fans, with the exception of those few overseas football anomalies like the tops clubs in Germany and Austria. The good news is, the fans that do show up will think you are a football god. Also, facilities will also likely be at a lower standard than you are used to, however, it should be said that more and more new stadiums and clubhouses are popping up across Europe in recent years.

To arrive with an open mind is to appreciate the subtle differences in the game in another country, to appreciate that the locals play it for the love of the game and not as a potential professional career, and that the youth in the organization will look up to you as you would your favorite NFL player. To have an open mind is to realize that a more infrequent practice and game schedule will provide you with ample opportunity to prepare for your post-playing career, to hone your skills in hopes of pro contract back home, or even to experience another culture or country you otherwise never would have experienced.

In the weeks and even months leading up to the first or next overseas football adventure, we recommend preparing as much as possible in order to make this experience the best that it can be. Here are some key tips to consider:

Make a travel & football schedule/calendar – the first step would be to ask your new club to provide a season schedule and any other dates or events that you will be contractually obligated to be present. Or perhaps a simpler way to do it is to tell them that you want to do some traveling or sightseeing during the season and would like to know if there is a break in the schedule or specific dates that provide for some time to do so. This is important to discuss beforehand with your club so you are both on the same page as to when you will be gone. There have been issues in the past where imports plan trips without consulting with their club or have traveled too much and missed too many practices, games or other contractual obligations such as coaching youth.

“…discuss beforehand with your club so you are both on the same page as to when you will be gone (traveling).”

Set personal goals – Due to the fact that many local players overseas hold down a job, study or even have a family in addition to playing football, the schedules are much lighter than college or professional football in the U.S. (for the most part). Additionally, practices in most leagues are held three times a week in the evenings for 2 to 3 hours apiece. With all that being said, imports have a lot of time on their hands.

Many have had good intentions going in, but fall into the lazy or party trap because they had no plan. They were straight out of a college or professional football program with daily workout schedules overseen by personal trainers and coaches telling them what to do and when. Overseas, they are on their own and often find themselves overwhelmed with too much time on their hands and unsure how to manage it. Therefore preparing a workout schedule in advance is key to giving yourself the best chance at not falling into this rut. Some of our members have thrived in this environment as they were able to set their own schedule and really hone their skills.

“…preparing a workout schedule in advance is key to giving yourself the best chance at not falling into this rut (lazy, party, video games).”

Over the years, while in close contact with clubs and witnessing many imports come and go, it is pretty evident that those who use their time wisely tend to perform better and go on to have successful post-playing careers. Those that don’t often are not invited back due to lack of performance and/or help around the club (see point #1) and find themselves unsure what to do with their lives.

It is also known that the latter tends to fall back on football and their talent to avoid the real world and it is these players who will sometimes wake up at 30 years old in a panic because they know that their football clock is ticking and they have few post-playing-career options. It is for this reason that Football Jobs Overseas has a Career Counselor in Michael Nordberg, a former import baseball player from our sister site, Baseball Jobs Overseas, who has returned home and is in the career counseling field. He is here to help our members enjoy their overseas career for as long as they desire while preparing for the day they decide to hang them up. If you are a Football Jobs Overseas member and could use Michael’s support, you can find out more about this free service here.

Save money – Pretty self-explanatory here, but it should be pointed out that to make the most of this experience by doing some traveling and enjoying nights out with teammates, you should typically have a supplemental cash supply in addition to your player salary. In European countries, the salary is sometimes too small to allow for much more than a basic standard of living.

Leave your mark on the game overseas by embracing the role of “Ambassador of the Game”. This is simply done in combination with point #1, by proactively stepping into a coaching or mentoring role with younger players. In many leagues in Europe, coaching in addition to playing will be an expectation, so why not embrace it? By being proactive and getting passionate about it, it will only put you in higher demand overseas and in the least, you will be making an impact on the global game and possibly even inspiring the next international NFL star.