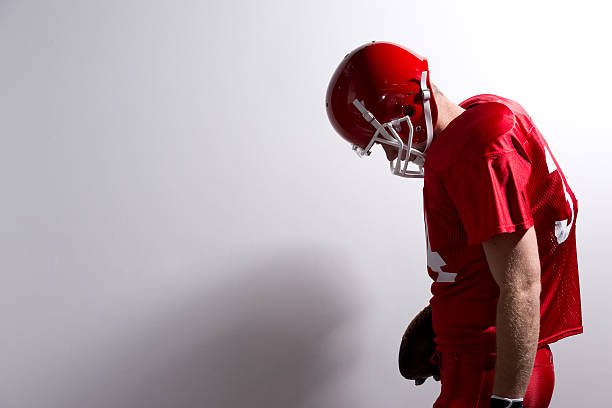 Every year there are many import players who go overseas, have a great time and leave their mark. However, there are also some failed import-club relationships that result in a separation of ways, and we have narrowed it down to the three most common factors using the information we gathered from clubs and imports who have been involved in these situations previously. We have used this information to improve our service with the end goal of minimizing these occurrences. In the end, it is not good for the club, the player and the growth of the global game so if you are considering playing overseas, we suggest you read this article prior to committing to a club.

Here are a few observations and proposed solutions:

Most imports who are sent home early had not performed up to the club’s expectations. Poor performance can be chalked up to a number of things, but most common are:

Lack of self-discipline – Many college or pro players who go overseas often find that for the first time in their career, nobody is telling them what to do and when. They are so used to a daily workout regiment provided to them by their previous coaches, that when overseas they find out that things are different and that they are now fully responsible for maintaining their physical condition. If they are not able to adapt and improvise to find a routine, they can get distracted by the lifestyle of living overseas and ample free time that comes with it.

Solution: Just knowing this and being proactive prior to arrival by coming up with a schedule and workout plan while finding out from your club what resources are at your disposal, will help you execute your plan and stay in top shape.

Cultural differences – This is a tough one. When going to a country that is culturally very different, it can be a challenge for anyone, even a seasoned world traveler. Things may get challenging and things can sometimes be different to a point of discomfort and in turn, affect your performance. Also, football culture in itself can be quite different overseas and can vary greatly from country-to-country, club-to-club, and season-to-season. Some organizations will have a strong winning culture year-after-year while others may struggle to keep people consistently motivated, often in a country where football is a sport that traditionally does not provide much opportunity outside of its domestic league.

Solution: The key is informing yourself and preparing for this cultural undertaking. Find out if you are you the only import. If there is another person who is also a native English speaker to share your experience with, it will make a big difference. Also, learn about the country where you are going as much as possible beforehand and embracing it. The best thing to do from a football standpoint is to speak with previous imports about their experience within that country, club, and league and try and get a feel for what football is all about in that part of the world.

#2) Poor Communication Prior to Signing Contract

This is often two-sided and can either be a lack of questions from the player side, and a lack of proactive information-sharing from the club side. Despite the enormity of such a decision as committing to live and play football in another country far away for an extended period of time, players often rush into signing an agreement without really knowing what they are signing up for. From the club side, most general managers in semi-pro leagues overseas are volunteers and can have varying degrees of experience in signing import players, which sometimes leads to the unintentional omission of information that should have been communicated upfront.

Here are the two most common communication breakdowns that we have identified:

Unrealistic expectations of what pro ball is like in the country the player signed in – This is usually a case of the player having a more glamorous view of what being a pro player in that country is in reality. In the end, professional football is not glamorous unless you are one of the top 0.5% of pro players in the world currently lacing up their cleats. Overseas, there are so many levels that offer paid opportunities that you need to do your research before committing, especially if the level of play is a top priority for you. What happens on occasion, is that players who feel like pro ball in the U.S. has not been fair to them will have a chip on their shoulder, and when faced with playing in a league they feel is beneath them, egos will sometimes take over and their appreciation of the opportunity in front of them diminishes to a point of frustration.

One important rule of thumb that many do not realize….. import players are brought in to be a dominant player in the league, which means the league most likely is at a level LOWER than where the player has most recently played if benchmarked properly by the recruiting club. Just know that going in an set your expectations accordingly.

Misunderstanding of duties on and off the field – From the perspective of the club, they provide an import player with an opportunity of a lifetime, which is to see another part of the world and experience another culture all while playing the game they love at no cost to them (sometimes even banking a bit). From the player’s perspective, they envision themselves playing football, traveling, having fun, and that is it. However, in most leagues, that is not the case as clubs will expect the import to be involved in the club as much as the local players and extended family and friends, all of which are volunteers and put a lot of blood, sweat, and tears into the organization. So with that comes expectations to do your share, usually contributing to the development of younger players, lend a helping hand around the clubhouse, setting up for home games, promotional events, etc. Sometimes, however, the expectations of this are not always communicated well by clubs.

Solution: This is where we come in, to provide you with information about leagues, clubs, contracts, etc. Ask us for our contract checklist, a list of contract items to asking about and in turn will help clarify exactly what you are signing up for. The best advice we have heard time-and-time from former imports is to “leave your expectations at the door and come with an open mind” or “Embrace the experience and assume the role as ambassador of the game”. Our advice is to ask questions until you have a clear idea of what you are signing up for, and speak to former imports of the club before signing.

#3) Lack of Due Diligence from Either Side

You know the old saying “Dot the i’s and cross the T’s”? Sometimes both sides of the import-club relationship need a reminder of this concept.  Here are a few of the most common mistakes that can easily be avoided:

Solution: Our contract list we provide members is a great tool for this. Most issues revolve around having false expectations or the living arrangement. If you have a clear understanding of the living arrangement and what the experience will be like, both on and off the field, you have a better chance of enjoying the expeirence and having no hiccups. Ask a lot of questions!